Radio Evolve « »
The Power of Imagination 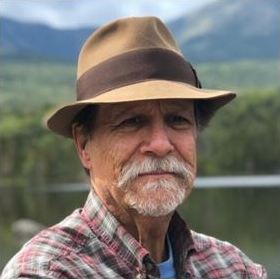 Imagination may not be what we think it is. What if? What if imagination can open the door to a deeper perception of reality? What if that is its purpose? In a world dominated by scientific rationality, we are taught that imagination is merely fantasy. But what if it holds a key to our humanness? This recognition that imagination is central to us as human beings has been Tom Cheetham’s passion for decades.

Tom Cheetham’s interest in the workings of life took him into biology, and he worked as Professor of Biology. Still finding it hard to grasp what life is through biology, he became a fellow at the Santa Fe Institute where he studied complex systems. Realizing that physics and systems theory rely on abstractions that disconnect with the richness and meaningfulness of living, he began to seek elsewhere.

Cheetham came across the work of Henri Corbin, a French scholar of Iranian Sufism and close friend of C.G. Jung. Henri Corbin and his work revolutionized Tom Cheetham’s idea of what imagination really is and what it can do.

What if true imagination is the opposite of fantasy? What if it is rather a deeply human sense organ, that allows us to open our perception of reality to a form of seeing that our common scientistic and objectified way of thinking and perceiving is blinded to? Thomas Steininger talks with Tom Cheetham about the power of imagination.ue with Tom Cheetham.